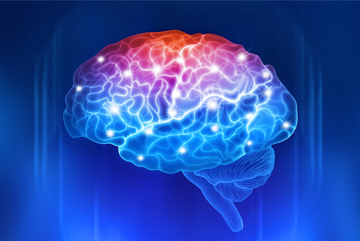 Multiple sclerosis is an autoimmune disease that affects the brain and central nervous system. This inflammatory condition is marked by damage to the myelin sheaths that cover and protect nerve cells. Affecting twice as many women as men, it is usually diagnosed between the ages of 20 and 40 years. Multiple sclerosis flare-ups tend to be episodic, often but not always followed by periods of remission. They vary in severity, length, and location, and symptoms may manifest in virtually every area of the body.  There is no known cure for multiple sclerosis, and the drugs usually prescribed for this condition often cause adverse effects. Researchers are looking for promising alternatives to halt the progression and reduce the symptoms of this disease.  Stem cell therapy has been shown to have potential to generate positive results in treating MS.

Peripheral neuropathy (PN) is a degenerative disorder of the nerves, often of the hands and feet, and has many causes including traumatic injuries, infections (neuritis), metabolic problems and exposure to toxins. One of the most common causes is diabetes, and many cases are due to auto-immune disorders, but frequently, the cause of neuropathy cannot be identified. Peripheral neuropathy often causes symptoms of numbness and pain described as burning or tingling. Physicians use a number of medications to reduce the painful symptoms of peripheral neuropathy. Some cases progress and are resistant to medical therapy, making it difficult to manage symptoms. Researchers are studying the effects of stem cell therapy using mesenchymal stem cells on mitigating some of the degenerative effects of neuropathy

ALS, also known as Lou Gehrig’s disease, is a weakening neurologic ailment that is caused by the obliteration of upper and lower motor neurons in the cerebrum and spinal cord. ALS is connected with muscle deterioration, spasticity, difficulty breathing, as well as difficulty swallowing and talking. There is no known cause of ALS and genetics are involved in only 5% of cases. There is no known cure for ALS.

Adipose derived adult (non-embryonic) mesenchymal stem cells have the ability to seek out areas of injury and regeneration and assist in the repair of nerves, blood vessels, muscle, fat, cartilage, bone, and many other structures. These cells are naturally recruited by cytokines (SDF-1 stromal derived factor one, HGF hepatocyte growth factor, and platelets), to sites of inflammation, ischemia, hypoxia, or injury and they assist in the healing process either by directly forming needed cells or secreting chemical messengers that promote healing. Stem cells are mobilized naturally from bone marrow when the body is healing but they are also found in human adipose tissue. These stem cells from fat are abundant in levels thousands of times greater than those found in bone marrow, and have equivalent regeneration potential to the bone marrow cells .The success  of stem cell treatments appears to relate to the number of cells, giving adipose cells a significant potential advantage to regenerate human tissues. Mesenchymal stem cells have been used extensively around the world in the successful treatment of orthopedic, cardiac, pulmonary, and neurologic disease in both humans and veterinary models. The Ontario Stem Cell Treatment Center offers a regenerative medicine protocol for neurological conditions that harnesses the anti-inflammatory, immuno-modulatory and regenerative properties of adult stem cells to repair and regenerate tissue. Our protocol involves the patient’s own adult stem cells. Isolated from a small amount of fat, which is the richest source of stem cells and is obtained during a simple liposuction procedure, these cells are concentrated and infused back into the patient’s body via intravenous infusion.

Not all cases or patients respond to stem cell therapy and outcomes will vary from patient to patient. Each patient must be assessed individually to determine the potential for optimal results from this stem cell therapy.